Home Finance EuroMillions Lotto Online – What You Should Know

Launched on 7 February 2004, EuroMillions is a transitional lottery. In this online lottery, you need to meet the criteria of matching exactly 7 numbers to win the jackpot specified. In the start, it was only played in the UK and Spain, then, later on, many other countries joined this lottery and now EuroMillions Lottery has gained worldwide recognition. EuroMillions lottery is a game of numbers and people willing to participate in it should get to know it better in order to win money from it rather than lose it.

How to play EuroMillions?

The rules that are specified on the rules page of the EuroMillions lottery, there is no restriction to the nationality of the buyer. In addition to that, tourists and foreign people can also participate in this online lottery as long as they are aged over 18 years. The age limitation differs in different countries from 16 to 18 years.

After being eligible for this game, all the players have to select 5 numbers from a list of 1 to 50. After that, the player is asked to select two additional lucky star numbers which are selected from a pool of 12 numbers. Note that this selection of numbers happens randomly and in accordance with the players’ wishes. This game is currently available to the people of the UK, Switzerland, Austria, Belgium, France, Spain, Portugal, Monaco, Andorra, Luxembourg and other countries.

Cost and prizes of the EuroMillions lottery

Initially, in 2009, it was 1.50 to 2.0 Euros per line for this category in the UK. Then later on in 2016, the rates increased and it became 2.50 Euros per line. In the start of this online lottery, lucky star numbers were selected from a pool of 11 numbers, then later on it was increased to 12. With the addition of 1 number in the pool, the odds of winning a jackpot decreased from 1 in 117 million to 1 in 140 million.

There is a list of numbers and the prizes that you can win if you come up with those numbers. This list is provided on the stores from where you buy tickets or online on the official website of EuroMillions lottery and many other websites. You can win a handsome amount of money if you get lucky enough to pull out some good number. The range of winnings varies from 4 Euros to almost 250,000 Euros which keep changing daily. After all these prizes comes the jackpot, which happens so rare and the person lucky enough to match the 7 numbers exactly wins a wonderful amount of prize money. The value of the jackpot keeps changing by the day and the estimated jackpot value for each day is posted on the websites. The latest jackpot value posted on the website is 66 million Euros.

Where to buy tickets for EuroMillions lottery?

Draws for the EuroMillions online lottery take place at 20:45 in Paris every Tuesday and Friday. If you want to participate in this lottery you can buy tickets from only the licensed stores and websites.

One of the licensed websites is GianLottos from where you can buy the tickets for the online lottery. The link to this website is given below: 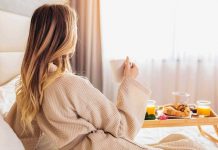 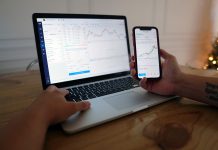 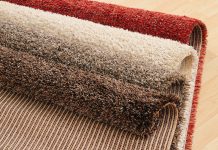